Philip Sagar FIH, has been delivering quality customer service all his life as a front line operator in luxury hotels and as a consultant. Previously with Swallow Hotels (then part of the Vaux group) for 24 years where he was responsible for turning round several under performing units including the flagship of the group the 242 room Swallow now Marriott Royal Hotel, Bristol and the Highcliffe Hotel Bournemouth (venue of many a party conference).

A winner of the Swallow Group Manager of the year award on two occasions and runner up 3 times. He was also South West area director for the company from 1995 to 2000 and a previous winner of the English Tourist Board's "Keep it Live Campaign".

Innpro.co.uk Ltd was founded in August 2000 and clients include Business Link 4 London/ London RDA, South West RDA, Bournemouth University, Bournemouth/ Poole College and Lincolnshire Tourism amongst others. Philip was project director for the prestigious project of a hotel school in Bournemouth from 2000 - 2006, a regional, national and international centre of excellence for hospitality, education and training for the South West.

Philip was also a key member of 'The Quality Counts' consortium and was co author of the businessslink4london Quality Toolkit for Hotels and B&B’s and wrote and delivered the London business link pilot ‘Quality’ work shop for small hotels in 2004.

Together with his late wife Jane he also owned and ran the 9 bedroom Rock Lodge in Stamford, Lincolnshire from 2001 -2012 that achieved a five Star rating (Guest Accommodation) and a ‘Gold’ award from Visit Britain and five star AA quality rating.

Philip's earliest experiences of the Hotel and Licensed industry go back to his Parents Country Inn and restaurant in the 60’s and 70’s. Educated at Giggleswick public school and Blackpool Hotel & Catering college ‘Courtfield’. Philip has a vast range of experiences that include family run Country Inn and restaurant, outside catering, large international Hotels, upmarket town house and even a Football League Club - Peterborough Utd as a director for 12 years up until 2003.

Philip has been involved with the Conservative party all of his adult life and has helped and fund raised for Viscount ‘Willie’ Whitelaw, Lord Blencathra (David MaClean) whilst in Penrith and the Border; Sir John Major and Lord Brian Mawhinney in Cambridgeshire and Liam Fox in Somerset.

He is currently also Deputy Chairman of Tallington Parish Council and was instrumental in stopping Network Rails last two ill conceived attempts to force a sub standard A road on Tallington villagers and the compulsory purchase and demolition of a residents home.

Philip was the Association Chairman for 4 years up till March 2019.

A founder member and Chairman of the Stamford Welland branch.

Past Chairman and Director of the Stamford Town Partnership. (2004 -13)

Chairman of Sir Brian Mawhiney's Task Force for the creation of the Greater Peterborough Partnership (1993 - 1994).

A Founder Director of Carlisle's Prince's Trust ''Business in the Community". 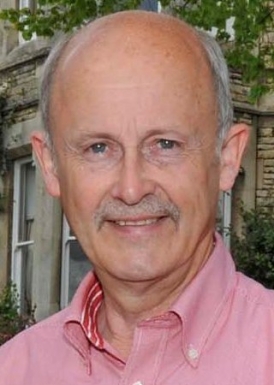