Geoffrey has spent a lifetime's involvement in the promotion and management of elections. Since the fall of the Berlin Wall in 1989 he has actively promoted democratic practises in the countries dominated by the former Soviet Union.

For 10 years, Geoffrey was "Head of Training" at Conservative Central Office. He recruited and trained constituency agents based on his own experience. He spent many years in the field as a constituency agent in Leeds, Keighley, West Derbyshire, Brighouse & Spenborough, North East Cambridgeshire and Brentwood & Onger.

He was Chairman of the National Society of Conservative Agents in 1987/1988.

On retirement from Conservative Central Office he was elected to Fenland District Council where he was Leader for five years. He has also served twelve years on Cambridgeshire County Council where he served as Chief Whip for a number of years. 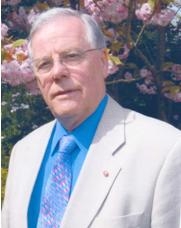