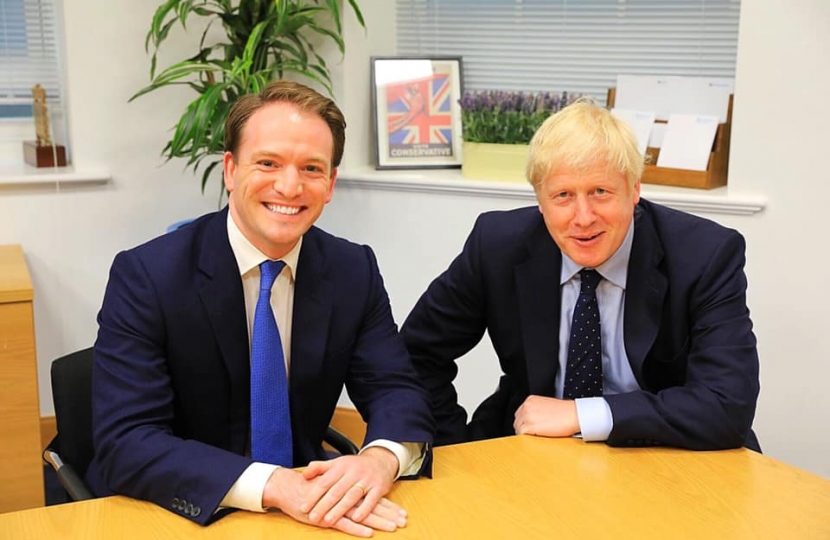 Ever since watching his dad grow his own business, Gareth has wanted to be a businessman. For over 13 years, Gareth has worked for a global investment company, working with some of the largest pension funds in the world in the United States, across Europe, China and the wider Asia Pacific.

He has served on a national government task force for HM Treasury and the Cabinet Office. In 2014, Gareth helped establish a £100m fund that invests in UK infrastructure, universities, charities and housing authorities. He has also been on the Conservative Party’s National Economic Policy Taskforce. In 2018, Gareth was named one of Europe’s top ‘rising stars’ by Financial News.

In 2015, Gareth decided to take a break from work and focus on developing his public policy skills and knowledge. He was awarded a place at Harvard University's John F. Kennedy School of Government completing a Masters of Public Administration. While there he focused on building greater knowledge of economics, trade and foreign affairs and won first prize in his class' debate competition. During this time he was invited to visit North Korea with a small group of Harvard students. Gareth’s visit to the highly secretive country was chronicled by a National Geographic photographer and featured on North Korean state television, he has since given several speeches about his time there.

Gareth has been incredibly luck to live, study and work overseas and met his wife, Laura, in Cambridge, Massachusetts, they married in 2019.

Gareth has a long history of serving in his community and even helped establish his company’s first charitable foundation which specifically supports small British charities focused on social mobility. As the product of our state school system, a former school governor and an Academy School Director, he regularly visits schools and gives children advice on their future careers and on the importance of public service.

Since being selected as the Conservative Parliamentary Candidate for Grantham and Stamford constituency, Gareth has been working hard to meet with local businesses, healthcare professionals, head teachers and the police to understand the key priorities for our community. Following this work, Gareth has announced his six key areas of focus. He will be working every day in parliament to make progress on these, if elected on 12 December 2019. While Gareth's home is in Stamford and office is in Bourne, he holds regular meetings across the constituency in Grantham and our local villages as he seeks to represent all the people of the constituency.

He is completely committed to supporting the Prime Minister to deliver Brexit once and for all and has been dismayed at the dither and delay of some Members of Parliament who have sought to thwart the result of the 2016 Referendum.

The Independent Investigation into Discrimination within the Conservative party reaches its second phase: the public call for evidence