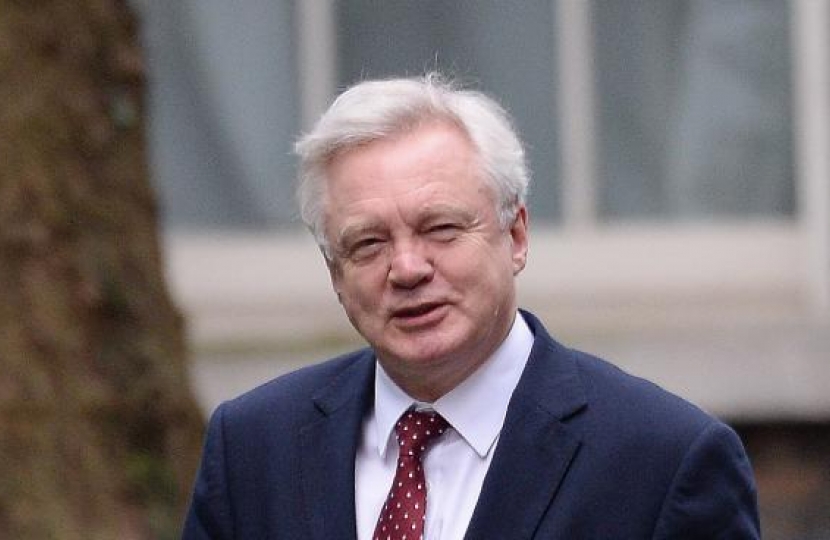 I am delighted to announce that on the evening of Thursday 8th March 2018, the Rt. Hon David Davis, Secretary of State for Exiting the European Union and Member of Parliament for Haltemprice and Howden will be our very special guest at our Association Dinner. You will find enclosed your invitation to this special event.

The dinner is to be held in the Buckingham Suite at the Holiday Inn Peterborough - West, located just off the A47 with direct access to the A1. We are incredibly fortunate to have David come to speak to us, as this is one of the only events he will be speaking at this year. This is a personal favour for Nick, and what better way to celebrate him being back in good health. Therefore this is expected to be a sell-out event, with members from across the County and area attending.

David started his parliamentary career as an assistant whip in the Treasury in 1990, before becoming parliamentary secretary between 1993 and 1994. He was handed the role of Foreign Office minister in 1994 and later took on a number of shadow roles after Labour won the 1997 election. He resigned from his post as shadow Home Secretary amid a row over civil liberties, and resigned his seat forcing a by-election which he later won with 72% of the vote, so David will certainly be interesting to hear from!

We also have sponsorship opportunities for this evening and auction prizes will be greatly received, so please don’t hesitate to contact the office for more information.

The Grantham & Stamford Conservative Association is entirely reliant upon membership subscriptions, donations and our fundraising efforts to keep operating. We are very grateful for all the support you give us and hope that you will be able to be part of this special event.

I look forward to welcoming you on the 8th March.